The Dark Side of Artificial Intelligence: A Loss of Jobs and Mass Unemployment

Artificial intelligence is popular at the moment, leading people to fantasise about a future where humans can be free of performing basic, drudging work.

Along with fantasies comes the age-old fears that humans might develop technologies with unintended consequences.

His fictional portrayals of robots and how they interact with humans colour our view of Artificial Intelligence, and runs counter to fearful portrayals of human creations run amok.

Asimov’s robots contrasts other famous portrayals of robotics. Skynet is a computer system in the wildly popular Terminator film series that decides to destroy the human race.

These issues are still keenly debated today, and with the popularity of AI technology they are being considered afresh. We expect technology to serve us, but some are afraid of the ramifications as we become increasingly reliant on computers.

Of course, we are nowhere near the level of sophistication in AI technology as in the stories of Asimov or Terminator. We’ve only just started getting used to personal digital assistants like Siri, wearables and driverless cars. Many people argue that some of these technologies aren’t even true Artificial Intelligence.

Historically, the development of industrial manufacturing machinery displaced a lot of jobs. People worry about similar things happening again. The effects of globalisation means that a lot of jobs can become quickly outdated.

Technology is a long way from replacing humans

Technology is a long way from replacing the creativity and empathy of humans. New tech like AI requires the participation of highly diverse groups who can intelligently map the future of industry, for the good of society at large.

There are also many obstacles that stand in the way of adoption of new technologies, such as legacy systems. Companies don’t want to replace lots of expensive systems until they’re sure a new technology is here to stay.

Jobs in data science, information security and web development are growing rapidly, for example. 36% of employers have difficulty filling their IT positions. This doesn’t square with the dark predictions that AI and automation are going to replace jobs and lead to mass unemployment.

What we can do to deal with AI

It’s important to educate people to perform higher-level work, rather than try to think of ways to halt the march of technology. Workers need to be reassured into letting go of outdated forms of work and to view their skills as flexible and fluid.

The ability to learn should be the top skill that people should develop from their childhood onwards.

When machines first started replacing human beings during the Industrial Revolution, people also got scared of losing their jobs and burned down the first factories.

But history shows that we can’t stop the march of progress. We can only shape it to our advantage. 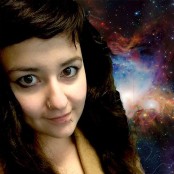 Author: Catherine Heath
Catherine is a freelance tech and business blogger / content writer based in Manchester. She has experience working as a digital specialist, studying web development at a London coworking startup, and collaborating with a wide variety of tech industry clients to market their businesses. She's extremely passionate about supporting women in tech to flourish and succeed by addressing key diversity issues.