How much does technology affect our children’s development?

It was a different world in the 90s

There is little doubt that we live in a very different world from when I was a child growing up. I remember Christmas in 1990 when I was 6 years old watching TV on a rather antiquated and unintelligent box, or a film using a bulky VHS tape player whilst my Dad recorded the family video with a 90’s Panasonic video recorder. We all used to sit around and talk to each other or play board games that required imagination and social interaction.

I also used to watch my older brother and our cousins play on his Atari ST as they raced the Ferrari in Outrun down the very blocky roads with palm trees either side, passing cars and crossing the finishing line using just 512 colours and a 16-bit processor.

Life today is in technicolour

A lot has changed since I was a 6-year-old in 1990. My son Harvey is 6 years old in 2017 and has a heap of technology available to play with such as computers, games consoles, tablets and smartphones that can all render games in high definition and connect with other people over the internet. My nephew (who is the same age now that my brother was in 1990) is glued to his PlayStation 4 and is often heard saying he is bored when he is not playing on it or with a tablet of some sort.

Are our children’s aspirations changing?

I was shocked to hear recently my niece telling her Mum that she wanted to be a YouTube blogger when she grows up. What happened to wanting to be something more traditional such as a teacher or a doctor?

With the rising pressures to watch videos on YouTube, be connected on social media (Instagram, Snapchat, Twitter, Facebook) and play games with friends online, it’s no wonder that our children will want to do this most, if not all the time unless we control how they access and consume technology.

I watched a documentary recently which highlighted the importance of children getting a good night’s sleep to ensure that they function to optimal levels and perform better at school. It was interesting because the children that were having issues each had a smartphone, a tablet and sometimes a computer and were said to be using them before bed time, and would often wake in the night and use them again.

An article in the Huffington post suggests that technology is having a serious impact on our children’s development in a way that makes them not as competent at skills such as swimming, tying shoelaces and telling the time.

If we were their age again there is no doubt that we would also want to spend as much time as possible playing with technology, as at this age you think it’s the best thing you could possibly do so how can we blame them. But from my experience too much of a good thing has an impact elsewhere and there is an argument to say that our children’s social development is being greatly impacted by living in this virtual world, such as their ability to avoid distractions to sleep well and to interact in social situations.

It’s too easy to let our children consume technology so we can get some peace and quiet or to let them have a free reign with their own devices once older, but we should be doing more to protect them and to enhance their development outside of technology itself.

My fear is that our children, if subjected to so much technology and with no controls, could become a way of life that does not necessarily lead to better outcomes for them. With distractions a plenty and a world experienced virtually, how do we protect our children to ensure that they maintain a healthy balance and acquire the right social skills to still thrive in the real world?

In the weeks to follow, we will post tips on how to protect and control your children’s use of technology to help and educate parents on how to get the best outcome for their children. 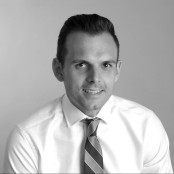 Author: Harry Leak
Eleven’s dynamic and strategic IT leader has helped clients of all shapes and sizes discover performance enhancing solutions to make their businesses prosper. His extensive specialist experience and lasting relationships with management and IT teams have driven change and innovation through IT and improved overall organisational performance.  Harry’s broad experience comes from a wide range of IT service, sales and management positions, including working with SMEs, large corporate organisations with in-house IT teams and the education sector..