Home2017Online filter bubbles and how to escape them

Online filter bubbles and how to escape them

The idea of filter bubbles, or echo chambers, has attracted a lot of interest in the last year or so. It’s partly due to the UK’s decision to leave the European Union (also known as Brexit) and the election of President Donald Trump in the United States.

These two distinct events can be seen as moves to the political right in the ‘western world’, completely taking the political left by surprise.

‘Remain’ voters, or people who supported the idea of remaining in the European Union, were utterly taken aback when the votes were counted and Brexit announced. Those in control of the left-wing media had been equally certain that Britain would vote to remain. It must have been the fault of the vile Daily Mail and then-UKIP leader Nigel Farage, spreading anti-immigrant sentiment.

Democrat voters in the US, or supporters of Hillary Clinton, couldn’t believe it when surprise candidate Donald Trump, also a billionaire businessman and television personality, was elected as president. They blamed the victory on uneducated, bigoted inhabitants of rural America responding to Trump’s hate speech.

The role of filter bubbles

These surprise events, to the political left at least, can be explained by the fact that we all live in our own filter bubbles, part of the wider echo chambers we all inhabit. Filter bubbles are personalized search results that we see online, probably without realising.

The Google search engine uses algorithms to anticipate content that will be most relevant to us based on our search history. Everyone sees a different Google. Facebook also selectively shows us news content based on our past interests, narrowing our filter bubbles based on ‘relevancy’. This creates a skewed impression of the popularity of content in our eyes, resulting in an echo chamber.

Echo chambers are a closed system of ideas in which the significance of our own view is amplified, without taking into account the whole picture. If you are reading lots of articles about how awful Brexit will be, Facebook will show you more. In contrast, if you are consuming content lauding Donald Trump and his policies, you’ll see more.

The result is a lack of balance, and most people are completely unaware of this happening. Filtering content based on relevancy will not result in informed audiences, and actually risks increasing divisions between different groups of people.

When you use Google, give yourself a leg up by logging out of your account, deleting your search history or browsing incognito. There will still be some personalization based on things like your device and location, but you will be increasing your chances of being exposed to a diverse flow of information.

Even better, you can escape these filter bubbles and echo chambers by purposely seeking out content that deviates from your dominant worldview. Keep an open mind when you see tweets on twitter that contradict your feelings on a matter. If you read something that makes you uncomfortable, engage with it and consider alternative perspectives. 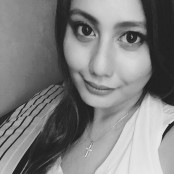 Author: Abigail Edralin
For the past 10 years, Abigail has been honing her craft as a digital marketing guru. She has worked for both local and international companies, mostly with start-ups and small businesses. Fondly called Abby, she has also worked and built a network during her corporate stint in the Philippines where she resides. She has worked with well-known companies such as Ford, Mazda, Vista Land, Virgin Australia and SM Group of Companies. Self taught and still learning, she specialises in graphic design, corporate branding, web development and SEO. Currently, she is mastering the art of digital marketing one website at a time.